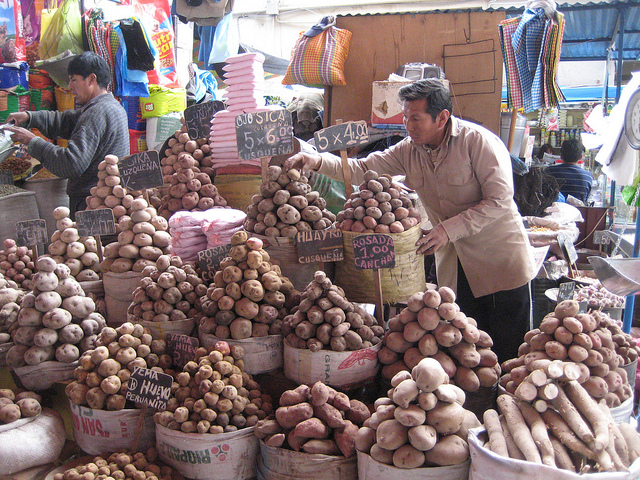 Potatoes – a vegetable in the same family as the tomato (Solanaceae) is thought to have originated in Peru, where they were domesticated 7,000 to 10,000 years ago. The Spanish introduced the potato to Europe in the second half of the 16th century, after the conquest of the Inca empire (thank you, Wikipedia).

The “potato park,” as it’s being referred to, was established to cultivate all potato varieties, from purple and red moro boli to ttalaca — a long banana-shaped variety.

In partnership with Asociación Andes, the Global Crop Diversity Trust and the International Potato Center (CIP), the project is working with six indigenous communities from Peru’s Sacred Valley of the Incas to collate seeds from thousands of strains and as much information as possible on each one’s usage and history.

Read the rest of the story at Organic Authority.