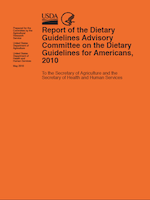 The editors of the report say:

The single most sobering aspect of this report is the recognition that we are addressing an overweight and obese American population. Across all age, gender and ethnic groups, it is clear that urgent and systems-wide efforts are needed to address America’s obesity epidemic as top priority.

Well into the document – page 51, actually – is the “call to action.” In other words, these are the things we should do:

It took a report the size of a telephone book to say the same thing that Michael Pollan said in seven words in his book, In Defense of Food:

Eat food. Not too much. Mostly plants.