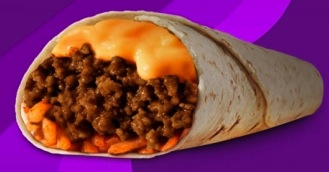 In 1984, Clara Peller angrily asked “Where’s the beef?” in a series of Wendy’s commercials.

According to the suit filed by the Alabama law firm Beasley, Allen, Crow, Methvin, Portis & Miles, the YUM-brands owned chain is using a meat mixture that contains binders and extenders, and does not meet the minimum requirements set by the U.S. Department of Agriculture to be labeled as “beef.”

It’s not only beef that has gone missing, the blueberries are gone too!

Pictures of blueberries are prominently displayed on the front of many food packages. Here they are on boxes of muffins, cereals and breads. But turn the packages around, and suddenly the blueberries disappear. They’re gone, replaced in the ingredients list with sugars, oils and artificial colors derived from petrochemicals.

A bag of blueberry bagels sold at Target stores is made with blueberry bits. And while actual blueberries are found further down the ingredients list, the blueberry bits themselves don’t even contain bits of blueberries. They’re made entirely from sugar, corn cereal, modified food starch, partially hydrogenated vegetable oil, artificial flavor, cellulose gum, salt and artificial colors like Blue #2, Red #40, Green #3 and Blue #1.

What’s missing from that list? Well, blueberries. Here’s Mike Adams, the Health Ranger, on the trail of those elusive blueberries.