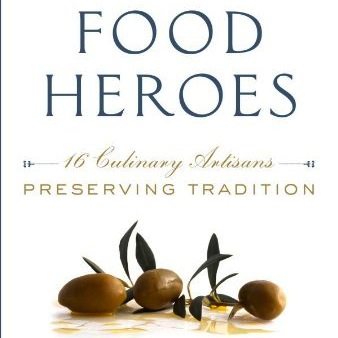 I simply had to read Food Heroes. Why? One of my neighbors is a food hero! I knew he was unique, but now the world knows.

Georgia Pellegrini profiles sixteen “artisanal food devotees” and one of them happens to be Jon Rowley; a neighbor who lives just blocks away. I knew Jon as “the oyster guy,” when I first met him. Then he became “the salmon guy” when we went to a picnic where he roasted dozens and dozens fresh whole salmon.

What makes a quiet, unassuming guy like Jon Rowley a Food Hero? It’s his commitment to food that tastes good, and to get there it has to be raised, harvested, and handled properly.

Pellegrini puts it in perspective:

“… I keep thinking about Jon’s article on umami, a concept he spent nearly seven years studying. Umami is a Japanese word that can’t be directly translated into English. It encompasses all of the senses: sight, smell, touch, hearing and taste. ‘A food has umami when it has become all it can be, when it is at its peak of quality and fulfillment,’ he says. It is that beautiful taste that balances on a fine line for a fleeting period of time before it is gone forever.”

There are fifteen more stories just like his in Food Heroes. Read them.