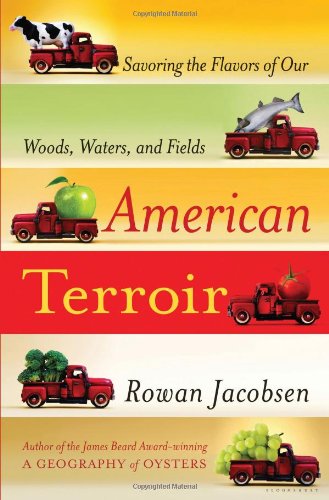 Why does honey from the tupelo-lined banks of the Apalachicola River have a kick of cinnamon unlike any other? Why is king salmon from Alaska’s Yukon River the richest in the world? Why do coffee beans from a single estate in Panama sell at auction for ten times the price of any other beans in the world?

The reason is terroir, the “taste of place.” Originally used by the French to describe the way that local conditions such as soil and climate manifest themselves in the flavor of a wine, the terroir concept has since been extended to discussions of many foods that are dependent on place for their uniqueness.

France long ago mapped its terroir into a network of regions that produce distinctive wines, cheeses, meats, and other foods, and other nations in Europe followed suit. America is finally catching up, and terroir is a fast-rising buzzword in the food world.

As Americans read Michael Pollan, watch documentaries like Food, Inc., and learn of the latest salmonella outbreak, they are paying more attention than ever before to the origins of their food.

American Terroir will introduce them to the “flavor landscapes” of some of our most iconic foods, including apples and cider, honey, maple syrup, oysters, salmon, wild mushrooms, wine, cheese, coffee, and chocolate—and explain why all foods are not created equal. Ultimately, good eating is about romance, and American Terroir finds that romance in the farms, forests, and waters where our great foods live.