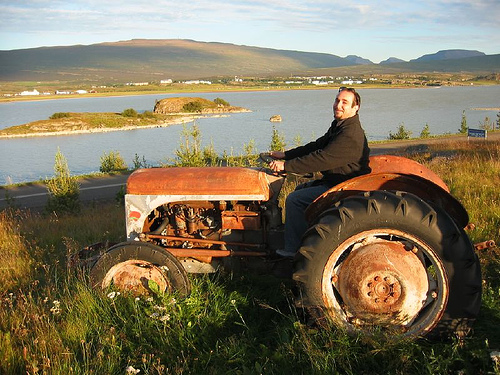 The 21st Century farmer is not a red-necked, hayseed who never saw the inside of a college classroom. (It’s doubtful that too many of the 20th Century ones were either). In fact, he (or she) is probably fairly young, well-read, and well-educated.

“The agriculture that we should bring about substantially is local scale, human intensive, ecologically sound. The fact of the matter is this post industrial agri-food system is going to require a lot of people, in particular a lot of farmers.”

To ensure that there is a secure regional food system and enough farmers to provide the food, Kwatlan has established a “Farm School” to train a new generation. Tuition is $5000. Because most new farmers are really new farm couples, both halves of the couple are enrolled as one.

Classes include the land management, crop production and animal husbandry and access to incubator farmland for up to three years.

Unlike the generation of “back to the land” farmers in the 60s and 70s, this generation recognizes that farming is a business and they need to be well prepared.