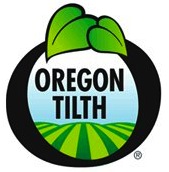 (Oregon Tilth is headquartered in Corvallis Oregon and maintains a 6500 square foot demonstration garden at the historic Luscher Farm in Lake Oswego, outside of Portland. Take a virtual tour of the garden and the farm here.)

In its first incarnation, Oregon Tilth was the Willamette Valley Chapter of Regional Tilth, an organization made up of chapters in Oregon, Washington, Idaho, and northern California. In 1982, one of the earliest sets of standards and procedures for organic certification came out of collaboration among the chapter members. Unlike the current NOP standards, the first version was a single page.

Regional Tilth dissolved in 1986 and the chapters went their own ways to follow their own visions and missions. Oregon Tilth kept the non-profit status from the group.

As Oregon Tilth’s organic certification program took off, Oregon passed a state law in 1989 to regulate the use of the term “organic.” By the end of the decade, California and several northeastern states were developing their own standards. They were all somewhat similar, but each had its unique differences.

It was becoming clear that a movement was taking place. In response, the Organic Foods Protection Act was passed as part of the 1990 Farm Bill. More than a decade later, in December 2000, the final rules for the National Organic Program (NOP) were published and the program became fully implemented in 2002.

Reflecting the need for consistency and structure, the NOP required inspection and certification by an accredited third party for producers, processors, and handlers to be able to use the organic label.  There are many agencies that are accredited by the USDA to make the certification decision, for that reason Oregon Tilth has had to find ways to differentiate itself from other certifiers. 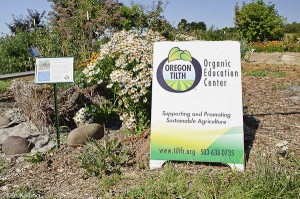 Today Oregon Tilth is not just a certifying body. The organization also teaches urban and rural farmers and home gardeners about sustainable agricultural systems, and processing handling and marketing of their production.

“We provide more than a single organic certification,” said Chris Schreiner, Executive Director of Oregon Tilth. “We provide offer both USDA and international organic certification. We have partnered with Salmon Safe to provide inspectors trained to evaluate water quality and fish habitat and with TransFair USA to evaluate worker welfare, as well as organic standards.”

Salmon Safe certifies practices in place on farms and in processing operations that affect water quality and fish habitat. The two inspections overlap almost entirely, only a small fraction of questions are unique to Salmon Safe certification. Oregon Tilth acts as contract auditor Salmon Safe and makes just one visit and completes one inspection.

“We have some customers who are organic certified, Salmon Safe certified, and fair-trade certified. By making one inspection and covering three sets of criteria, we are able to save our customers time and money, and differentiate ourselves from our competition,” noted Schreiner. “With the implementation of the NOP, certifiers could no longer differentiate on the details of organic certification. We have to compete on customer service.” 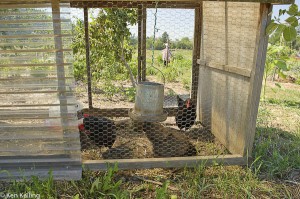 Oregon Tilth is a non-profit organization that offers much more than organic certification. While certification has been part of the agency’s outreach from the beginning, the program offerings extend across education, research, and advocacy as well.

By connecting with a large network of producers across the country and around the world, Oregon Tilth can identify research opportunities, educational and outreach opportunities, and identify policies that are helpful/harmful to inform advocacy activities.

As part of Oregon State University’s small farms program, Oregon Tilth is reaching out to new and beginning farmers – both organic and conventional – through the university’s “Growing Farms” course. A second opportunity to reach conventional growers that may want to transition to organic is in place with the North Willamette Horticulture Society (NWHS), which consists primarily of fruit and vegetable growers in Willamette Valley.

While Oregon Tilth is a non-governmental organization (NGO) in the truest sense of the term, they are partnering closely with the USDA Natural Resource Conservation Service (NRCS) to teach conservation agents and planners more about organic practices in order to bridge the gap between conventional and organic operations. Currently NRCS planners use conventional methods of pest management or nutrient management and Oregon Tilth will share the cost of an organic specialist to develop economic analysis work sheets for them which will include organic practices. 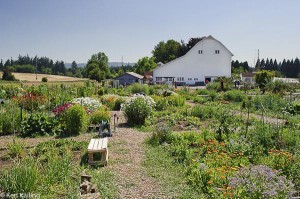 Oregon Tilth is a world leader in certification of organic food providers from soil to store and is noted for the integrity of the Oregon Tilth Certified Organic label.