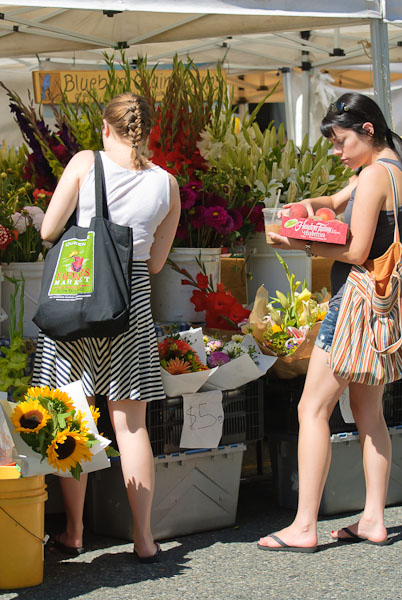 Just this week the USDA reported that in 2009, about 17.4 million households had difficulty providing enough food due to a lack of resources, about the same number as 2008.

Access to good food is hard enough, but it’s especially difficult for the nation’s poor. In November 2008, the USDA produced a report – Can Low-Income Americans Afford a Healthy Diet? – which came to the conclusion families that receive the maximum benefits from the Supplemental Nutrition Assistance Program (SNAP) usually can afford “healthy diets.”

The report also noted “relative to other households, low-income households must allocate a higher share of both their income and time budgets to food if they wish to consume palatable nutritious meals.” That will require reducing their expenditures on less nutritious foods and concentrating on “nutrient-dense foods, such as fruits and vegetables.” 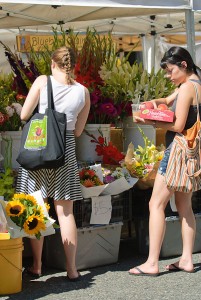 When we take into consideration that both of these reports are addressing food access and security from the perspective of conventional supermarket sources, it becomes clear that efforts by farmers markets to attract low-income shoppers face an even bigger hurdle.

The city of New York distributed more than $200,000 in free coupons to food stamp users through a program known as Health Bucks. The program increases the value of food stamp benefits by 40% when the coupons are redeemed at one of 60 farmers markets for fresh fruits and vegetables. When a customer spends $5 in food stamp benefits, the customer receives a $2 Health Buck.

Boston Bounty Bucks is a similar program sponsored by the city of Boston. SNAP users at farmers markets get 50% off on a $20 purchase at city farmers markets. For purchases over $20, the customer gets a $10 credit.

Here on the west coast, SNAP expenditures at farmers markets are taking off more slowly. In Portland Oregon, a program at the Portland King Farmers Market matched the first $5 spent in food stamps. The program was paid for by local businesses and individual donations. At Seattle farmers markets, SNAP customers exchange their benefits for tokens that can be spent like cash for fresh produce and other food items, but no matching benefit programs are currently in place.

Meat and egg prices were considerably higher at the farmers market.

An added note: All the produce at the market was local, everything at Whole Foods was from California except apples from Washington, and QFC simply marked the produce as from “USA.”

Our take: The more we can encourage low-income households to forego cheap “ultra-processed foods” and eat fresh – and local – products, the better off we all are.