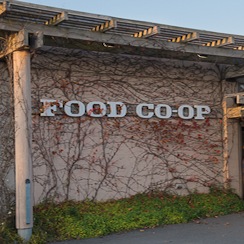 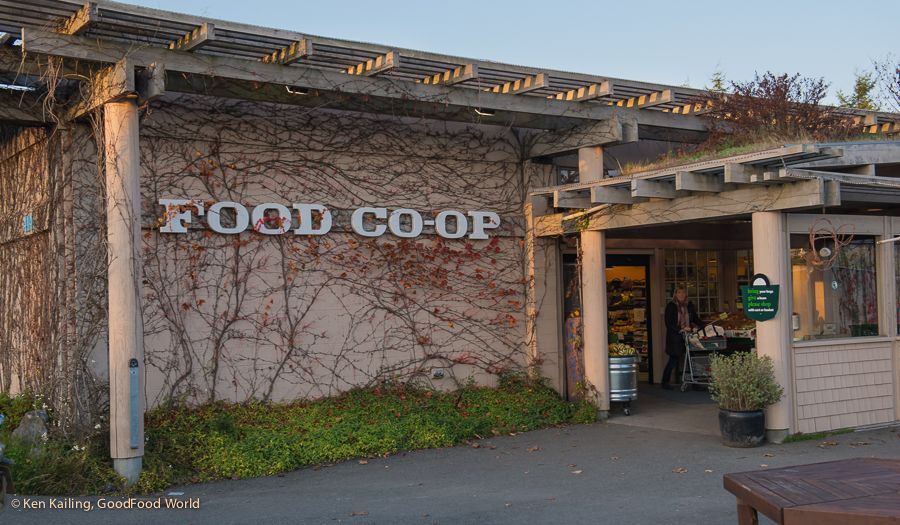 The Food Co-op was officially launched in 1972 as a food-buying club; as were so many of the “second wave” of food co-ops during the 1970s. Slow and continuous growth despite the usual operational and growing pains of cooperative management have contributed to strong community support. Support that is represented by an unusually high market penetration: the Co-op has 6,500 active member shoppers – in a community of just 9,000! 2012 revenues are expected to be around $11.6 million and members’ purchases make up 92% of all transactions.

Port Townsend is a city trending to an older population faster than most. In the 2000 census, the median age was 47; the median had jumped to 53 years by the 2010 census. More than 60% of the population is over 45 and nearly one-quarter is over 65.1

Now located in a converted bowling alley, the Food Co-op comprises some 8,000 feet of retail space where more than 22% of store sales are from the produce department. That’s a bit more than double the grocery industry standard where produce is just under 11% of total sales.2 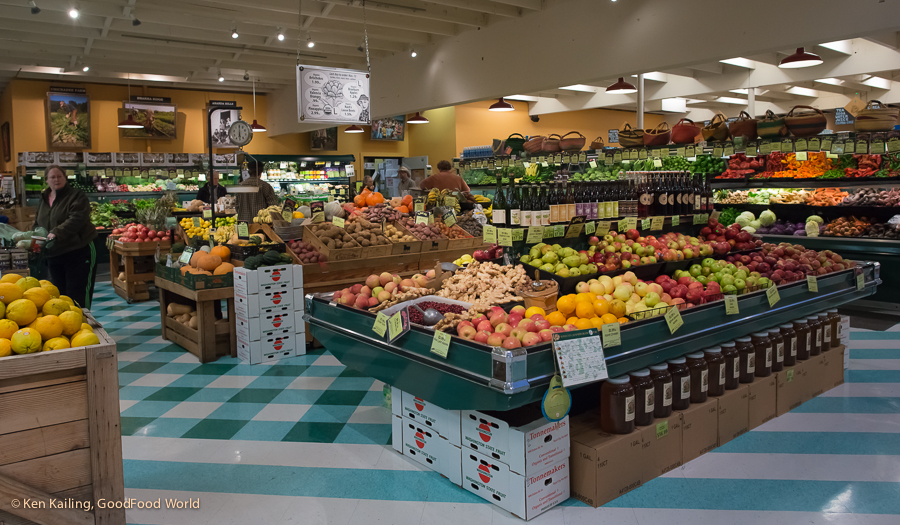 Many natural food co-ops are situated in communities with colleges and universities, with vibrant young populations. A large population percentage of retirees presents different challenges. Kenna Eaton, General Manager, is aware that a community with a widely varied income base – some who have retired comfortably, some on limited incomes – demands a balanced product offering. “As we age, we look to balance our lives more,” says Kenna. “And that speaks to what we eat. That said, we do sell a lot of chocolate!”

Fall of 2012 brought more breathing room to the Food Co-op. Space was added and some existing space re-configured to make room for a new café with outdoor seating. The next step is to remerchandise the interior to make departments like bulk foods more “shopable.”

The rearrangement is just part of the Co-op’s new 5-Year Strategic Plan for 2013 through 2017. Included in the plan is a mandate to sell more local products, something the management team and Board of Directors are working out how best to do. 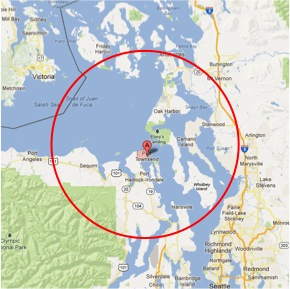 The Co-op – like many food co-ops and conventional supermarkets, too – is wrangling with the definition of “local.” Drawing a circle 50 miles in diameter is an exercise in futility since it would encompass mostly water. Today “local” for the Food Co-op is defined as the five surrounding counties.

Location on a peninsula adds extra costs to both land and sea delivery. To truck products from Seattle, for example, requires a highway trip of 100+ miles around the south end of Puget Sound or a 50-mile trip that includes a 30-minute ferry ride. Estimated time either way: 2¼ hours on a good day.

“We take local seriously; so seriously that we have added a Local Cultivator position to expand our local sources,” says Kenna. “We want to help our local producers be better suppliers.” The Co-op will build support for local farmers and food processors by sampling products, telling the producers’ stories, and emphasizing the true value of high quality, locally-produced food.

And, of course, there will always be some food items that aren’t grown within the five-county range. That’s besides coffee, sugar and citrus…

The Co-op’s members and shoppers have come to expect that the products on the shelves are “pre-screened” and they trust the choices. Shoppers will not find products that contain or are made with genetically engineered ingredients or that are made with anything from a list of “unacceptable ingredients” on the shelves. “We take careful selection of our products very seriously. It’s a challenge to us as a grocer, since we need to balance our values with taste, quality, and price point,” Kenna points out.

What will the future bring? Execution of the Strategic Plan, including more concentration on local sourcing and broader services such as consumer education. And, if past growth is any example – annual growth over the last 7 years of a little over 3% per annum – 2013 sales will exceed $12 million.

The Co-op has been prudently managed and net profit after taxes of 1% to 1.7% over the last three years are comparable to the average of the grocery industry at large.3 Congratulations to the management team for a job well done!

Stop in, do a little shopping, and experience the fierce independence of small food co-ops and see why we believe that cooperatives are the business model of the future. Read also how food co-ops have grown up in No Longer All Crunchy Granola and Birkenstocks.

More reading from YES! Magazine: How Cooperatives are Driving the New Economy

2 thoughts on “By Land or By Sea: Port Townsend Food Co-op”