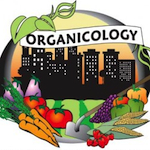 Food safety is an issue that is on the minds of farmers, grocers, and chefs a lot these days. Outbreaks of food-borne illnesses seem to be happening more often and affecting more and more people.

In 2010, an outbreak of salmonella that affected more than 2000 people resulted in the largest recall of shell eggs in history. Salmonella and listeria have caused multiple recalls of cantaloupe since 1990 and more than 1500 cases of food poisoning. Since 2006, multiple outbreaks of salmonella-contaminated peanut butter have infected nearly 1200 people (including 42 in December 2012). And sprouts, one of the riskiest forms of fresh produce, infected 3950 people, mostly in Germany and resulted in the deaths of 53 in 2011.

According to the FDA, there are more than 3 million food-borne illnesses every year attributable to consumption of produce. What to do?

Simple, says the FDA, we will implement new rules on the basis of the Food Safety Management Act, signed into office January 4, 2011. Two new “rules” – comprising more than 1200 pages of details – have been published for public comment before implementation.

(Get your copies of the rules fact sheets – short versions – here and here.)

The new food safety rules will cover a vast majority of the raw produce Americans consume; the FDA says that 90% of produce acreage will be either covered by the rule sor be exempted because the products are sold to be consumed cooked or sent to food processing plants. The assumption is that processing plants are able to deal with the “biological hazards associated with produce.”

The list of vegetables and fruits that are covered by the rules are detailed and include the “usual suspects,” such as cantaloupe, lettuce, spinach, and sprouts. The exempted list – produce that is to be cooked or processed in food processing plants – includes peanuts, despite the number of salmonella-contaminated peanut butter outbreaks.

Small farmers, while justifiably concerned, are likely to be exempt as well. If they make less than $500,000 annually and sell more than half their produce to consumers or to restaurants or stores located within 275 miles or within state lines, they’re in the clear. Or if the farms are simply too small  – grossing less than $25,000 a year.

At Organicology, a daylong Policy Intensive Workshop will include review of the proposed rules and the implications for area organic farmers, ranchers, processors and distributors. Tricia Kovacs, Outreach and Education Coordinator, WSDA (Washington State Department of Agriculture), is one of the speakers and she shared a preview of her presentation with GoodFood World.

Food safety has been a question for small farmers for a long time. They have limited resources, limited staff, and limited time to put together complex documentation for certification.

Up to now the GAP (Good Agricultural Practices) certification has been voluntary. We’ve seen an increasing interest in those programs, even though they’re voluntary. Retail and institutional buyers and even some farmers’ market managers are starting to ask for certification. It’s becoming part of the package for growers to access some of the supply chains they are interested in.

Bridging the GAPs [a project Tricia is closely involved with] is a project to reach out to farmers on small to mid-sized diversified farms raising a variety of fruits and vegetables that feel particularly challenged by GAP certification.

There is some misinformation out there that makes it seem harder than it really is, but there are also some very real challenges with getting started and keeping the paperwork. Reviewing the farm, getting your templates and paperwork together, and developing standard operating procedures – these can be a bit daunting at first look.

The Bridging the GAPs project was put together to find ways for small farms to meet the standard in a way that makes sense for them. For instance, small farms should not have to invest in huge infrastructure like a new packing shed for instance, if what is in place now meets food safety requirements.

The program includes auditor education as well. To bring auditors to small and mid-sized farms so they can talk to the growers. By teaching both farmers and auditors what should meet the standards so certification can be more consistent and reflect the special needs of small farmers.

We have farmers coming to us saying they know they need to do this in order to grow in their businesses. Some have chosen not to get the actual certification but still have put a farm safety plan together that they can communicate to buyers.

There is still time to sign up! Go to Organicology for more information. See you there!