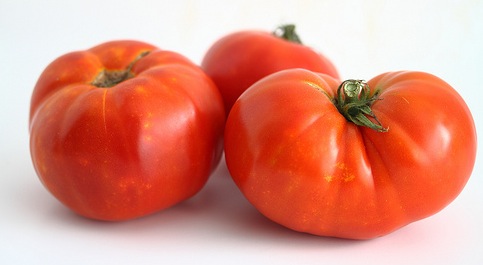 My favorite perk about traveling is the opportunity to sample the seasonal food of the other place – be it across the globe or across state lines, there’s always something new that’s worthwhile investigating. Ian and I recently returned from a road trip to Oregon where we harvested jar after jar of blackberries after discovering that the bushes there grow wild and rampant like weeds.

I was baffled at my ability to suddenly (freely) forage so much edible food… and so close to home, considering that most of blackberries at the supermarket come from South America. We resolved to return home with as much seasonal produce as we could reasonably carry.

On the way there we planned to drive through Washington’s Yakima valley, which we knew would be in full-swing with fruit production. It had been ages since I’d visited a pick-your-own farm, but I knew the valley was full of them… I guess I expected the fruit to practically fall into our laps. And we saw plenty of it on the drive through; there were huge signs: “Fresh Fruit!” “Peaches!” “Blueberries!”

Yes, I thought, I see the fruit… but how do I get at it?? I didn’t see any signs that said “Fruit farm this way!” or “Pick your own here!”  Apparently they just wanted us to know that the fruit existed, all around us. The farms themselves are more elusive for a couple just passing through on the interstate.

We settled for a roadside fruit stand that specialized in peaches. They had a lot to offer and it all looked delicious but I really wanted to hold out for a pick-your-own experience, preferably a pesticide-free one. We bought some peaches anyway (really cheap) and I posed for a photo next to a fruit tree. There in the corner you can just see a little sign at the edge of the orchard that says “Danger, Keep Out! Pesticides”.

If I can’t safely walk amongst the fruit trees, why would I want to eat something that grew on one? Of course it’s possible that the danger of pesticides is exaggerated to keep out mischief-makers… because somebody has to pick the fruit, right? I imagined immigrant workers picking peaches and wearing face masks. There were certainly a lot of those signs, on nearly every crop we passed. And at one point we saw a plane swoop down to release a spray over a nearby field. Are these the same chemicals we developed for warfare in World War II? Maybe the danger isn’t exaggerated.

Before we headed back through the valley on our way home, I did some research. The website pickyourown.org  is a great resource for farms all over the US, with information on the location, hours of operation, and crop availability at each farm as well as links to their websites and contact info. They note whether the farm is organic, uses natural growing practices, or minimizes pesticide use. We were able to pinpoint several farms that were close to our route, but settled on an organic pepper farm – Krueger Pepper Gardens.

I called for directions and we drove a few miles down a side road until we saw their sign. It was a hot and dusty afternoon and we saw a couple people huddled around a picnic table in the shade. Fresh produce was piled high in the wooden bins nearby, and a chalkboard listed the prices per pound (cheaper for U-pick). The lady who had given me directions handed us a couple buckets and informed us of the whereabouts of  peppers, tomatoes, beans, corn, and grapes.

We limited ourselves to peppers, tomatoes, and a few grapes  (no easy task considering the sheer quantity and variety of their produce -over 80 varieties of peppers!) but spent the most time gathering tomatoes. Because we planned on canning them, we picked the classic, all-purpose variety. Huge, round, and red, some of them were so ripe they practically fell off the vine . A quick taste-test confirmed that they were delicious. We filled several buckets and hauled them back to be weighed – at 64 cents a pound, less than half of what I’d pay for the same tomatoes at a store in Missoula.

It took me about seven pounds of tomatoes to turn out 4 pints canned. That’s $1.12 per pint (16 oz).  If you’re thinking in terms of can size, it’s like paying a dollar for a 14 oz can of organic diced tomatoes – you’re not likely to find a deal like that at the store. And when you can your own, you can rest assured that there aren’t any additives or chemicals leaching out of the metal can.

If you are going to buy tomatoes out of season, look for them packaged in glass or in cartons.  A few companies have also switched over to BPA-free cans, such as Muir Glen Organics. These will do in a pinch, but there’s still no comparison to the hand-picked, hand-canned variety. So grab a friend and find a farm, or ask for seconds at your local farmers market. It’s fall…happy canning!

Visit the Krueger Pepper Gardens website http://kruegerpeppergardens.weebly.com and visit my blog for instructions on canning your own tomatoes.