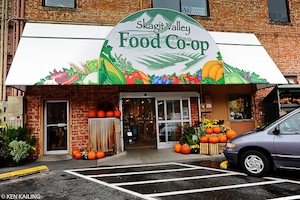 Like Goldilocks in search of “just right,” local food markets struggle with size.

On the “Too Small” end, we are seeing markets in small rural communities disappear. In towns with populations of 3,000 or fewer shoppers drive to Walmart, Costco, Kroger or Safeway.

On the “Too Big” end, we see “supernaturals” descending en masse on large urban areas. For example, in Seattle, there are 5 Whole Foods Markets and 8 Trader Joe’s within 15 miles of my home. Add 9 PCC Natural Markets – the largest natural food co-op “chain” in the US – and shoppers have plenty of options to buy healthy food.

While the small “mom and pop” groceries of the past definitely reflected the values, personalities, likes and dislikes of their owners, today’s modern supermarkets have become impersonal and identical.

Natural food markets are beginning to suffer from the same “look alike” problem. As the distributors that service natural food stores have become consolidated into a handful, every “center of the store” area looks alike. After all, they’re selling pretty much the same products.

Food co-ops are different and they fit more comfortably into small towns and unique neighborhoods. Because they reflect the values and principles of their owners and members they can differentiate themselves more easily.

We offer you a look at six very different natural food co-ops. Each one has its own personality and each one is committed to buying products from local providers. 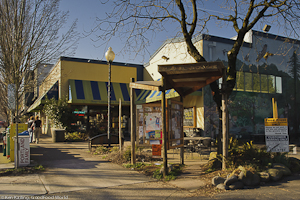 Food Front Co-op – soon to celebrate its 40th anniversary – consists of two stores; each about 6,000 square feet of retail space and combined sales of about $10.5 million. A staff of 125 serves 7,000 member-owners in two very distinct neighborhoods in Portland Oregon. 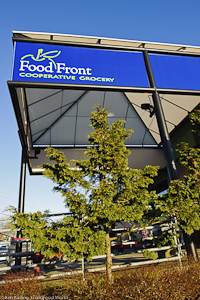 Food Front Northwest, located at 23rd and NW Thurman, is in a very urban, upscale part of Portland. The housing density is high and there are lots of 2-person households with no kids. It’s a walking neighborhood; in fact, the store only has 15 parking spaces. Customers shop many times a week, sometimes daily – European-style shopping.

On the other hand, Food Front Hillsdale, in the Hillsdale Shopping Center in southwest Portland, is in a suburban neighborhood. This is not a walking neighborhood; it’s mini-van country! There are a lot of families with kids and people shop once a week, buying lots of cow’s milk instead of soy milk. They also tend to choose products labeled local over those labeled organic.

To differentiate the stores from other groceries in town, Food Front actively seeks out local producers and suppliers who share the co-op’s values. And the number of small local vendors has steadily grown to more than 300. “We buy from local growers all year long,” says Holly Jarvis, general manager. “In the summer almost all of our produce is local and direct from the farmer. We’re also willing to buy packaged goods in small quantities from suppliers who are making only a few products.” 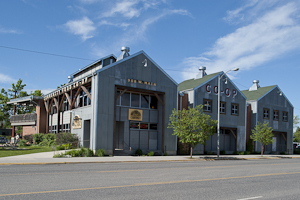 Proudly standing opposite Safeway for decades, Bozeman’s Community Food Co-op is a hub of activity and the source of good, healthy food for this bustling high valley community. In a town of less than 35,000 people, this Food Co-op is aptly named; the co-op membership exceeds 15,000.

Understanding the need for transparency in the supply chain, Community Food Co-op has created and implemented a local Farm to Market program that researches and rates regional producers. The end result is a simplified rating system that helps consumers choose the products they want to buy according to their values and standards.

While the Farm to Market program is not a certification, it is a self-reporting system that applies standard criteria to understand the sustainability of the products rated. Shoppers will see one to four stars displayed next to regional offerings indicating “Organic, Local, Sustainable, and Nothing Added.” 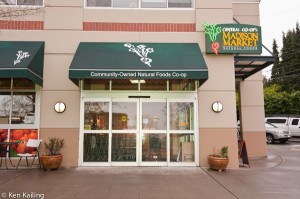 Seattle’s Central Co-op – which recently returned to its original name after a 10-year stint as Madison Market – is unique in a number of ways and the Co-op’s very strong personality shows through. The location, the owner membership, and the cooperative structure have turned this market into one of the most politically and socially active co-ops in the Pacific Northwest.

The 10,000 member/owners of Central Co-op are very engaged in directing the co-op’s activities and that engagement allows the organization to look at conversations around national and international politics. “International politics are very directly linked to our food system. We’re not just a food store,”  Caple Melton, Central Co-op’s educational-outreach manager, pointed out. “We’re committed to much bigger things. The question is: How can we balance that? What can we realistically do?”

Two areas of particular interest are Washington State farm worker rights and corporate ownership of the food system, including genetically modified food. The Co-op is studying what can be done locally, regionally, and nationally to make policy changes.

In support of the regional food system, Central Co-op buys products directly from more than 1,000 local and regional growers, harvesters, and producers. 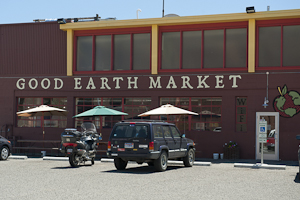 When a market averages continuous double-digit growth, year after year, through good times and bad, you know they’re doing something right. Good Earth Market is not only doing things right, they’re doing the right things. The Market’s mission: “to build, market and sustain the region’s ability to produce and consume local, organic, and sustainable food and goods.”

Surrounded by buttes and cliff rock, Billings is located in “dry farming” country where homesteaders struggled to raise enough on their claims to survive. Today the city is thriving and growing.

Perry McNeese, general manager, is proud of the growth he, his staff, and the members have nurtured for the food co-op. Founded in 1994 in the traditional fashion – as a buying group – the co-op is young compared to others in the state. And in a rough-and-tumble town where “white socks, red necks, and Blue Ribbon beer” abound, more than 4,400 are paid members of the co-op.

McNeese is committed to buying organic and sustainably produced products from Montana. Buying from 81 individual producers and 21 small local and regional distributors means more than 100 sets of invoices and payments, making for a bookkeeper’s challenge. And some are so small they are paid in cash. Nearly $700,000 (about 26%) went directly to Montana producers and local distributors last year when retail sales topped $2,700,000.

Items you may not find in the “usual” natural food market regularly turn up on the shelves here, including emu and buffalo meat. And for those locals who want their steaks and beer; Good Earth offers organic grass-fed beef and local micro-brews! 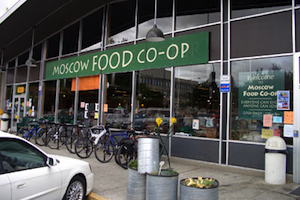 Let’s get something clear from the beginning: Moscow rhymes with Idaho, it’s not pronounced like the city in Russia, which ends with the common name of a large, domesticated ruminant.

The Moscow Food Co-op is small but mighty! Located in the middle of the Palouse – the rolling hills and grass prairies of southeast Washington and northern Idaho, the Co-op serves about 50,000 people in the Moscow, Idaho/Pullman, Washington, metro area and has more than 5,500 of them as members.

Focusing on the local food system, the Moscow Food Co-op holds a growers market in the parking lot every Tuesday during the summer. It gives local growers another opportunity to sell their products and selling direct means producers can build relationships with their consumers.

In support of low income groups who may not know what to do with donated food, the Co-op has partnered with a local gleaning group called Backyard Harvest to teach people how to can and preserve food.

For communities with populations of 25,000 to 50,000 people, markets like Skagit Valley Food Co-op find the size “Just Right!” Mount Vernon (population around 28,000) is located on the banks of the Skagit River, which flows through a fertile valley where agriculture is still a major industry.

Todd Wood, general manager, says, “We buy from a fairly consistent set of farmers for produce, dairy, and meat. We also buy some personal care products and packaged goods from local crafts people. All told, it’s probably more than 150 suppliers.”

The Co-op doesn’t have a local procurement policy, instead the organization implements a “foodshed” concept. Suppliers come from as far north as Vancouver and the lower British Columbia mainland, into eastern Washington for grain farmers, and south to the Willamette Valley in Oregon. The Co-op’s definition of “local” is as far as you can drive and back in one day.

Bringing new suppliers online often means coaching them to help them become better at what they do. People have an idea and invest their money in developing a product, sometimes without first doing their research in how to make it work.

Skagit Vally Co-op helps them understand what a business needs to be successful, like proper invoicing and price points that aren’t out of line with similar products. It’s important to be realistic and make sure they have a chance to be successful before going on.

During the summer, the Co-op buys about 40% of its produce locally. Annually during the off-season, the Co-op has a meeting with its farmer-suppliers to talk about who’s going to grow what, so the supply doesn’t get out of balance.

Because it’s important the Co-op to find ways to help suppliers, it even offers seed loans, acts as a business incubator, and has invested in vendors to help them succeed.

Local Sourcing is the Key Differentiator

Natural and health food stores come in all sizes; from mega chains like Whole Foods and Trader Joe’s and mini-chain cooperatives like PCC Natural Markets to small, independent groceries with annual sales from $2 to $20 million. The independence – and, yes, the political and philosophical leanings – of today’s food co-ops makes each one different. That independence contributes to the diversity of the business landscape and the success of a wide network of local suppliers.