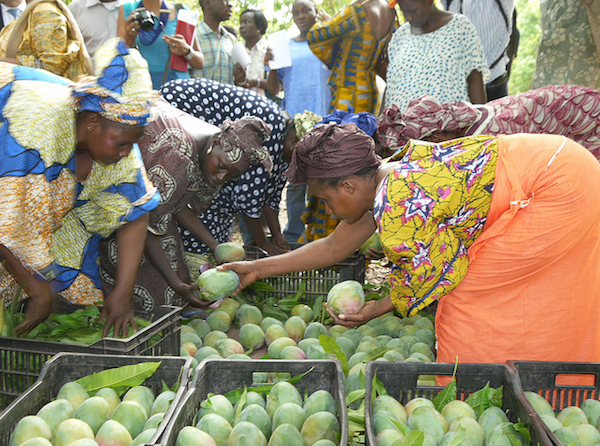 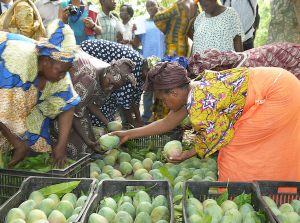 I awoke to the sound of impatient commerce in the street below, and the unrelenting sun creeping up in the sky. It was 7 a.m., and more than 100˚F. My location was the open rooftop of a zero-star hotel in Djenné, Mali.

I had started out in a room the night before, but after suffering through hours of the fan throwing hot, heavy air in my face, I’d dragged my sleeping mat up to the roof in search of relief. It had worked, for the most part, although I was still groggy from the heat when I took a seat at a wooden table in the hotel’s outdoor restaurant that morning and ordered some coffee.

Almost immediately, a young man of about fifteen approached the restaurant, the sand kicking up around his feet as he crossed the street. He stopped at my table and introduced himself as Philippe. “I am a tour guide. I would like to give you a tour of Djenné,” he said. In my head, I was thinking ‘Can’t deal. Just want to be left alone. ’ Out loud, I politely replied, “No, thank you. I’m not interested.”

Undeterred, Philippe explained that the best views of Djenné were obtained from the rooftops of private homes, and he could take me up to some in prime viewing locations. For a one-hour tour, the cost was about three U.S. dollars. He looked at me and waited expectantly.

As a woman traveling alone, I was a bit wary. I rubbed my eyes and slowly said, “Can I get back to you on this later?” Philippe, persistent entrepreneur that he was, didn’t move. “Look,” I said, “let me have my coffee, then I need to go to the market and get some mangoes, and then I’ll talk to you after that.”

“But you already bought two mangoes last night!” Philippe said indignantly, as if he didn’t trust my delay tactics. I frowned. “How do you know that?” I asked. “I saw you get off the bus and go shopping in the market,” he said. Ah, the joys of being a conspicuous traveler! “Look, Philippe. I love mangoes. I eat a lot of mangoes. I need to get more mangoes.” He shrugged, and ambled off.

I was telling the truth when I said that I intended to go back to the market that morning. Since arriving in Mali, I had been consuming up to three mangoes a day. Not only were they inexpensive, they were ambrosial and abundant.

One of Mali’s major crops, some estimates put production at 500,000 metric tons per year, according to a 2009 USAID report. With a population of just 13 million people, internal demand doesn’t even come close to meeting supply, and yet figuring out how to turn mangoes into a profitable export has been a longstanding dilemma.

Landlocked, for many years Mali relied on the costly method of air freight to get its mangoes to Northern Europe. This kept its exports down to about a thousand tons per year. Finally, in 1993, it adopted a multi-modal transportation system (road, rail and sea), as reported by the World Bank. The implementation of a refrigeration system at the core of the new strategy helped Mali boost its exports to 12,000 tons by 2008.

While the export growth has been encouraging, those numbers have clearly still left a gigantic oversupply in the domestic market. On that particular morning in Djenné, buying up giant, perfectly ripe specimens for a nickel a piece, I was blissfully ignorant of Mali’s logistical challenges.

One hour later, Philippe was back at my hotel. Somewhat resignedly, I agreed to a tour, but first negotiated a new price of two dollars. With that, we set off.

The tour itself was fine. We went to an art gallery, walked around the town, and ascended to the top of two houses to view scenes of how a desert community utilizes its flat mud rooftops for a variety of aspects of daily life. At the end of my tour, Philippe invited me to his family home for some African tea.

Again, I was wary, but this time for different reasons. I was not sure how appropriate it was for a 32-year old woman to go alone to the home of a teenager in a Muslim town. In the end, though, I went, and any concerns I had about being alone with Philippe were quickly dispelled as one after another of his friends filed up the stairs of his home and planted themselves on the floor of the narrow patio where we sat.

The tea-making ceremony was slow and precise. The teapot was very small, and once the first cup was poured, it had to be poured again, over and over, from a height of about sixteen inches. With deft skill, the server cascaded the tea from cup to cup, never spilling a drop. Served one cup at a time, by the time the last person received their cup, the rest of the group was long finished. I decided against asking for a refill.

About that time, Philippe’s sister came up the stairs, carrying a tray of cut-up mangoes. She delivered it right to me, and as I tried to share it with the others, Philippe said, “No, it’s all for you, because you like mangoes so much.” I indicated that I was more than happy to share, but he insisted that I keep the tray for myself.

I was touched by Philippe’s sweet gesture, but in that moment I also felt uncomfortable with the recognition that he had used part of his tour earnings to buy a gift for me, even after I had ruthlessly bargained down the cost of the tour. I remembered the feelings of suspicion and annoyance that had come to me when he had disclosed that he’d been observing my movements upon my arrival in Djenné. Assuming that Philippe was ‘targeting’ the tourist to make a quick buck, I’d treated him as a hustler.

Yet there I was, at his family home, amongst his friends, sharing tea and accepting a gift that had been very thoughtfully chosen. I finished the entire tray. It was all so simple and innocent, and different from where my imagination had led me at the onset of our acquaintance. I reminded myself that this was why I had come alone to West Africa in the first place, to have greater opportunities for meaningful interactions with local people. My morning with Philippe had been exactly that.

A decade has passed, with many other trips in between. Still, whenever I eat a mango, no matter where I am or from which country the mango came, I think of Africa. It is still my favorite fruit, and I don’t doubt that my happy memories of tea and mangoes with new friends on a mud-brick patio in Djenné are in some small part responsible.