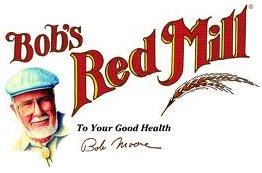 Nearly 15 years ago, Bob’s Red Mill burned to the ground. A disaster like that would have stopped most businessmen in their tracks. Bob Moore and his wife, Charlee, did some soul-searching and decided to rebuild.

Now, after more than 60 years of married life, they’ve found a way to give back to the employees who helped bring the company back to life and have made the business successful.

Today Bob’s Red Mill is worth hundreds of millions of dollars and more than 200 people help produce the 400+ products now available.

Bob is now 82 and he carefully thought over what will happen to the business – and the employees – in the future. Bob had a number of options to choose from and he spent years making the right choice.

After careful consideration, in order to insure that the company he, his family, and his long-time employees worked so hard to build would continue to grow and reflect his values, Moore chose to create an employee stock ownership plan (ESOP).

To establish an ESOP, the company sets up a trust and makes contributions to it. The trust can be funded through corporate contributions or an outside loan and the trust buys shares from the company owners and investors. Dividends can also be paid to the ESOP trust to increase the funds available to buy shares.

Stock in the ESOP can be distributed to employees through a variety of benefit programs: profit sharing, merit awards, or based on relative pay scale, and is held in a special account for each employee.

Each employee’s account vests over time and when the employee leaves the company he or she is awarded the vested shares, which are then bought back by the ESOP at fair market value.

At the time that the employee collects the cash value of the shares, taxes can be deferred by rolling earnings into an IRA or other retirement program.

Bob Moore carefully considered how to craft the right kind of strategy for the time when he would no longer be at the helm of Bob’s Red Mill. Now Bob’s Red Mill employees will enjoy the benefits of their contribution to the company’s success over the long term.

Here’s how Bob described the decision over lunch at the Whole Grain Store and Visitors Center: