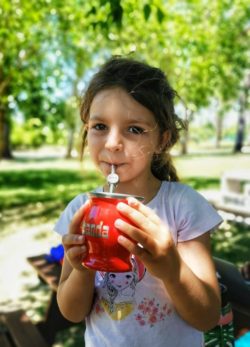 We have talked again and again about what three food items we would take to a deserted island. You can choose three and only three. The kids say something different each time I ask. Sometimes it is chocolate or lollipops, donuts are a crowd favorite. And cake, can’t forget cake.

Ignacia needs avocados and an infinite supply of orange juice, nothing more, nothing less. My list is made of honey, peanut butter, and bread, for there is but a few things that are just as good separate as they are together. Elisa also likes this list, but would add banana. She says banana is her favorite, so I offer her one. She declines. 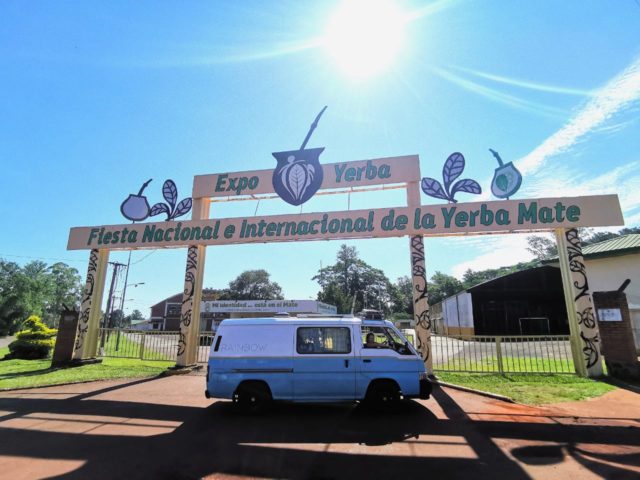 A campervan is not quite a deserted island, though it often feels like an island. There are more things to do and a good laminated windshield protects you from the stinging insects in the night air. With such limited space, the question of food is important. How do you keep children well fed and maintain a healthy diet? It’s not all just beer and cookies. We have most of the same things you have back home, salt and olive oil, eggs and oatmeal.

However, as we roam from country to country, from culture to culture, the pantry changes in appearance: a bag of aplanchados in Colombia, the finest chocolate in Ecuador, rich gourmet sauces in Peru, empanadas in Chile, pizzas and pastas in Argentina.

The more variety you eat, the sooner you realize how much food shapes our culture and how history is made up by what we eat. Much of the development of the Americas boils down to two plants: maíz and papa, or corn and potato. Without these staples, armies were never nourished and empires were never built. Elaborate tales of mythology were never told and believed. Without the staples, the men and women of the Americas would have all lived a nomadic life hinged to surmounting hunger.

The domestication of edible plants is the energetic core of progress, but being satisfied goes deeper than potatoes and corn. There are the plants with attributes and values that exceed caloric intake. For these we make special ceremonies; and instead of composing who we are, they define who we are.

The clear of example of this is the coca plant from the Amazon rainforest. Coca, which you chew, drink, or eat, is one of man’s most famous jungle discoveries. And for thousands of years, the plant influences society and affects the lives of millions across dozens of countries. A versatile plant like coca can sustain a village, lift an entire nation, and if properly manipulated, awaken the spirit and brighten the human experience through the divinity of nature.

On the other hand, coca has wrought misery and destruction. Not an insignificant part of modern society surely wishes the plant was never created, because thanks to its derivative cocaine, coca holds a dark influence over the human psyche, the modern economy, and a slice of the political landscape in the Americas.

No plant in South America plays a larger role in human development than coca, but if there were a close second, then it would surely be the ilex paraguayensis, the tree that bears the leaves used to brew the invigorating tea known as yerba mate. The Rainbow odyssey took us east from the Andes through Paraguay to the great falls of Iguazú, the center of yerba mate cultivation. 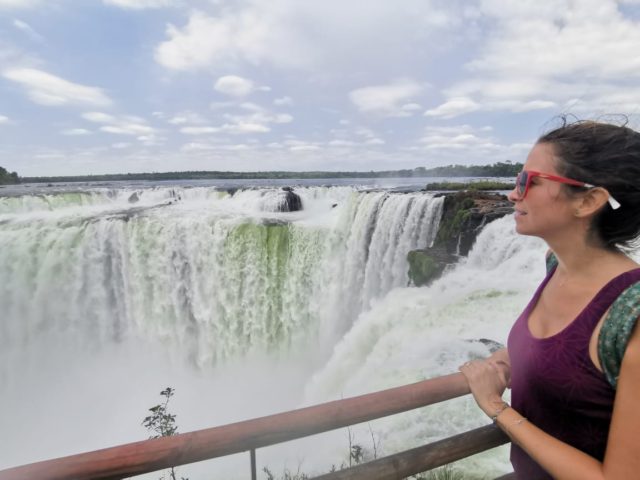 The Ruta de la Yerba Mate, a touristic circuit recently created to celebrate the history and culture of mate, follows the great rivers through the Argentine province of Misiones. The red soil rich in iron and abundant rainfall makes Paraguay, Misiones and the southern states of Brazil the only place in the world where the tree has flourished. Here, the yerba is deeply rooted in the indigenous Guaraní traditions and lifestyle, played a central role in territorial wars among neighbors, and allowed generations of immigrants to develop the modern yerba mate industry. 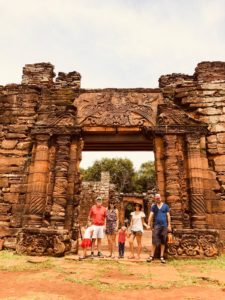 The drink first entered the history books in the early 1600s through the Jesuit priests who built missions in the Atlantic rainforests among the rivers of Paraguay, Paraná, and Uruguay. In the beginning, they banned the drink, and only 20 years later realized that the Guaraní work ethic improved considerably after drinking the yerba.

Thus began more than a century of yerba mate cultivation, its promotion, and exploitation. The Jesuits closely studied the Guarani, learned their language, and protected them from their enemies and Portuguese slave traders. They were less concerned with the extraction of silver and gold and more with inculcating them with Christian values. The Jesuits took advantage of the yerba mate to convert the natives, but perhaps it’s the yerba mate that converted the Jesuits.

By the end of the 1700s, the Jesuits had built a forest utopia in a place where slavery or annihilation was normal, a feat that without the yerba mate would have been nearly impossible. In these missions, the trees flourished and bundles of mate soon became the currency of the Jesuits. Demand for the tea grew across the colonial empires of Spain and Portugal thanks to its ability to rejuvenate body and mind. As a result, the Jesuits’ power and influence increased, and the population of 30 Jesuit-led missions reached 170,000 people before the priests were banished from the region in 1767. 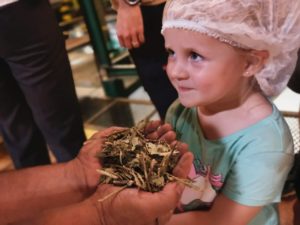 Today, the influence of yerba mate extends much further than just around the Paraná river: from the glaciers of the Patagonia to the deserts of Arabia, mate is the drink of choice. Yerba mate is a go-to energy drink in German discoteks, and sprouts followers every time Leo Messi is photographed with a mate in his hand. It reached me in 2007 through the mountain culture of the Andes, where I shared my first mates with Chilean climbers and mountaineers. Nothing beats mate at the crag or after a day of snowboarding.

When I end up on my deserted island with too much peanut butter, I’ll look back and wish I had a yerba mate. Since driving the Ruta de la Yerba Mate, I have noticed the yerba has slowly converted Ignacia, so she can bring yerba mate onto the island, because yerba mate is best when you share it.

(Copyright by and used with permission from Nicholas Parkinson. Published originally here.)

About Nico and Ignacia

My wife and I work as communications specialists with over 10 years of experience in the development aid sector.  Together, we bring journalism, photography, and graphic design to a wider audience to tell and document stories of transformation.

We also develop and implement public relations and branding strategies, research and document best practices and successes, and design and disseminate marketing material to build the recognition of a variety of development projects.

We have experience with USAID projects and I most recently worked as the communications manager on USAID’s flagship Land Tenure program in Colombia.