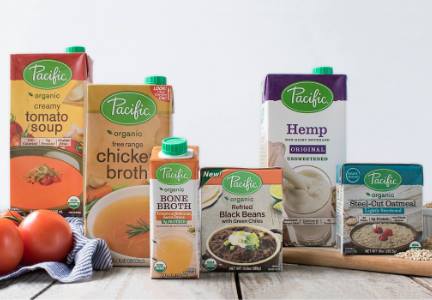 It’s another dark day for all of us in the Good Food Movement.

This is a problem we are facing on all fronts in the struggle for good food and health. Small, family-owned companies focused on producing good food can’t seem to avoid being snatched up. There’s a “missing middle” here.

Some people, including myself, have come to understand that there isn’t any possible compromise, that the welfare of people, the maintenance of the public trust in safe healthful food, and the making of money in our capitalistic system are incompatible.

That is certainly true with our health care system — a drama we see being played out now in Congress. Preventive medicine doesn’t pay. Health isn’t profitable. We need to keep people sick to keep modern medicine operating and balance the books… and make a few (well, maybe more than a few) doctors and medical “administrators” wealthy. It’s the same way with food – good food, like good health, isn’t profitable. 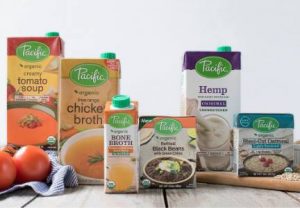 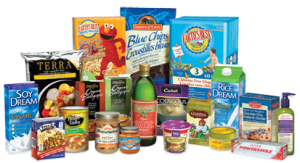 In this case, Chuck Eggert of Pacific Foods, like others of his particular disposition, saw big money in “natural foods” from the start. There’s nothing back to the earth and traditionally organic about Chuck. He’s not a farm boy in the alternative food church. Eggert was one of the founders of the Pacific Northwest food group, New Seasons. He’s an entrepreneur first and foremost; a moneymaker.

Talk to him about natural food and he’ll bend any conversation to making money, that is, “keeping it profitable,” which as we’ve come to know in the business of food is selling out. As with the “wise use” movement in land resources, there is nothing sustainable about the implied “wise” in the use that always becomes exploitative and runs conservation practice down hill.

To say again, the primary motivation for Chuck Eggart is money. He is, of course, not alone. The founders of Whole Foods are the same; in evidence as first as the company converted to being publicly-owned and now the proposed acquisition of Whole Foods Markets by Amazon. And Cascade Farms became intoxicated with power and money as it grew; or maybe we could say, it couldn’t survive any other way, ultimately becoming part of General Mills.

There are a multitude of arguments why big money should not be allowed to control the good food industry, the strongest being quality, but almost every value we hold dear in the original food movement is also at stake. The pressure to be more efficient, more “cost effective,” and to generate “shareholder value” inevitably means costs have to be cut and quality – that is, the healthfulness, flavor, and nutrient density – of our food is the first to go.

Our mission statement at GoodFood World outlines the criteria of value we think should be associated with good food. Diversity in markets and opportunity for producers, and of course, availability of resources (including community-based capital investments) has allowed the organic movement – the original good food movement inspired by Rodale and others – to succeed to a point until “organic food” became major market force. Now, without protections, smaller independent organic food producers and processors are up for grabs. And as we see the involvement of corporate players – Big Org – their unrestricted buyouts, and attempted manipulation of organic rules, the whole organic food movement is on the block.

What can we do? Rather than become discouraged, we need to continue to find independent investment opportunities and financial support for small organic growers and processors; develop new collaborative, value-reinforcing markets; and ensure that we develop and enforce protective organic rules and intrinsically reinforcing regulations.

Finally, we need to vote for good food advocates who will act to protect the integrity of the organic rules and provide incentives to all authentic practitioners of good health and good food.

And as consumers, we need to prioritize and carefully select our purchases. No more Pacific soup on our kitchen shelf!

For our best soup recommendation, enjoy this article from the GoodFood World archives.

Childhood Memories: What’s Really in That Bowl of Soup?