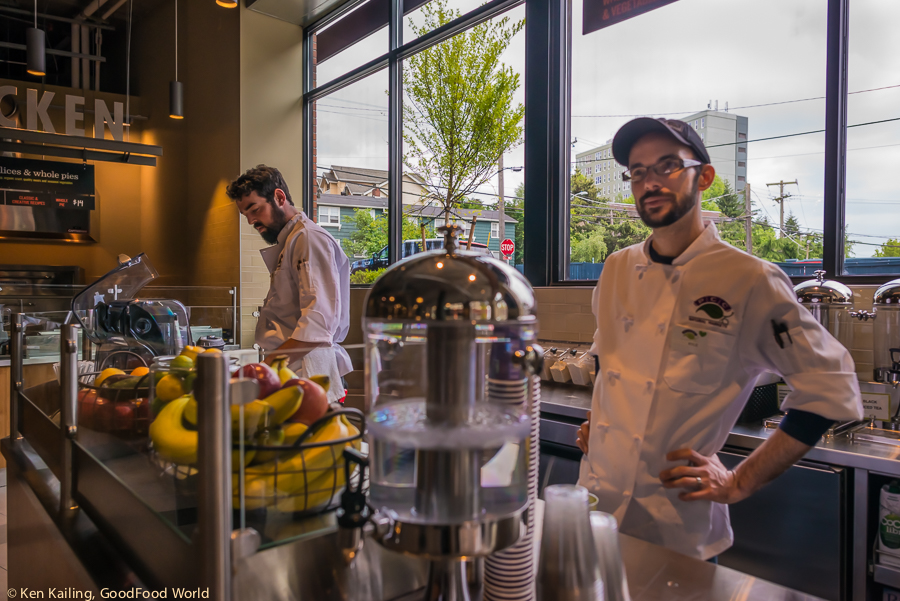 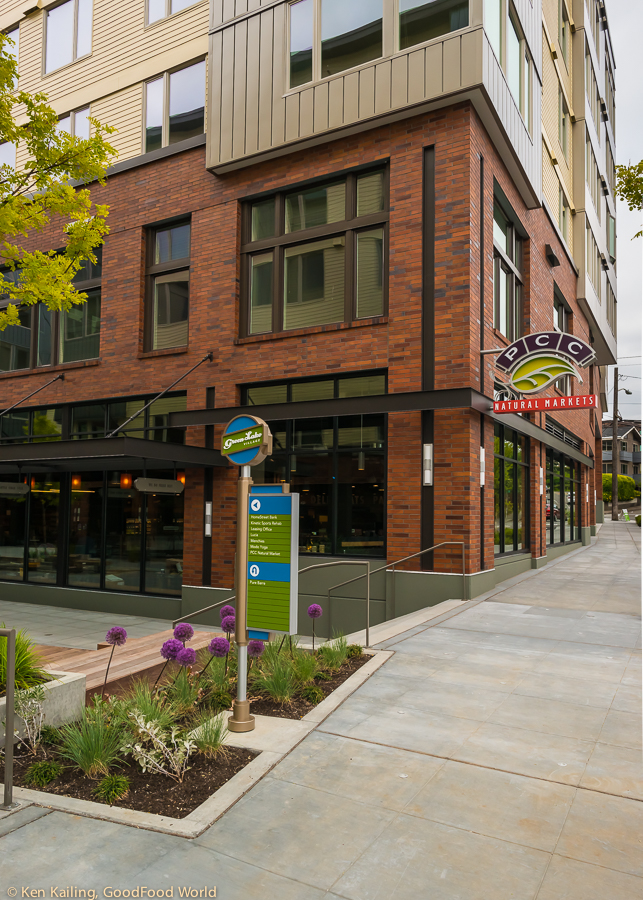 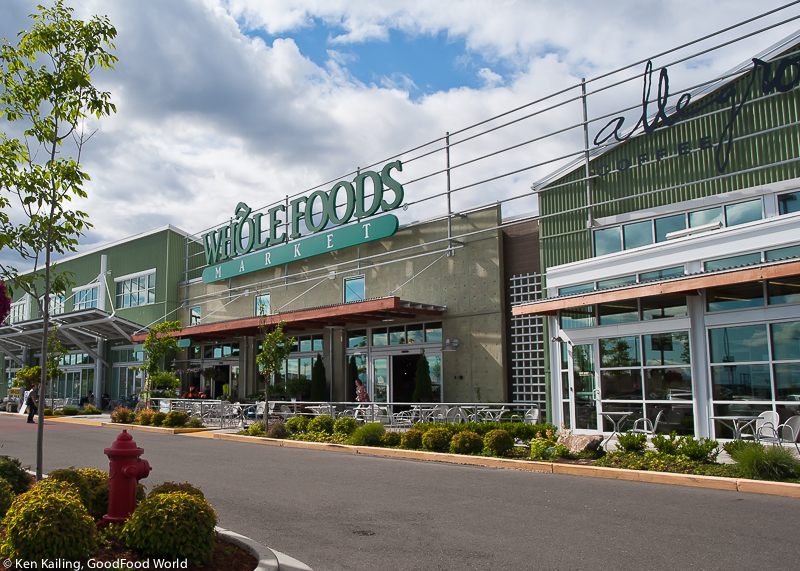 An urban PCC Natural Market (left) and a suburban Whole Foods (right), in Seattle
(Click on either image for a larger view)

A major slow down at Whole Foods is no surprise. Last quarter’s sales growth for Whole Foods (NASDAQ: WFM) slowed to 3.6 percent at stores nationwide, much lower than the 5.3 percent gain some analysts had predicted.

Neck in neck for some time with Puget Sound’s PCC Natural Markets (the largest and one of the oldest food cooperatives in the nation), the corporate structure of “whole” just couldn’t match the cooperative foundation of “real,” at least as far as good food principles.

Natural organic food is no longer novel; in fact it is a slap back at the manipulation of product for money.

The Puget Consumers Co-op (PCC), founded as a buying club in 1953, literally grew from the ground up as a local food alternative for people who wanted healthy local food they could afford different from the processed food being offered by the new supermarket chains. The healthy life style and principles were already there; and they are still what makes the cooperative successful now.

The bigger question is whether PCC will be able to hold on to its authenticity – and its basic principles – in the face of increased business competition in the rapidly growing “natural” food sector, continue to source locally (very important with our changing climate), serve the growing diversity of our urban population, educate to improve the health of its members, and make its food affordable to everyone (improve social equity). It’s a big order.

Meanwhile, its primary competitor, Whole Foods Market, has become vulnerable as huge corporate food chains include natural and organic products and move to do all the same things in the marketing of “whole,” “fresh,” and “natural.” My take is that the difference between PCC and Whole Foods remains with what is “the sell” in the corporate model versus what is real in the cooperative ethic.

PCC is striving to hang on to the real; Whole Foods never was real.

Well, some would say it started out in a similar place as a Texas cooperative run by hippie types. But it was shortly taken over by four Austin businesspeople who decided the natural foods industry was ready for a supermarket format and, of course, wanted to make money. The founders were John Mackey and Renee Lawson Hardy, owners of Safer Way Natural Foods, and Craig Weller and Mark Skiles, owners of Clarksville Natural Grocery. The original Whole Foods Market opened in 1980 and was an immediate success. The natural food supermarket (as opposed to a health food store) was a new and attractive concept across the US by the 1980s.

Whole Foods grew rapidly through mergers and acquisitions, providing healthier whole food in an open market at a time when the mainstream food industry was pushing quick and convenient processed food; something a select but significant segment of the public had come to realize was very unhealthy.

The key point is, and remains, the strength of the objective: money over value and large over small in a corporate world. Money rules! Somewhere, authentic real value always gets edged out by contrived value and is eventually totally replaced.

The game in the corporate industrial model is to maximize profits and marketing functions more often to deceive the customer than to give them real value. So, Whole Foods has become stuck in its own corporate web and doesn’t seem to have the leadership integrity to work it out. Every other corporate food chain is moving in the same direction with the same deception, and even the organic rules are changing to comply with the corporate demands.

But its a tight race and PCC is on the line too. When new technology allows for even greater customer manipulation as consumers get further and further from the product – and the producers –  and lose touch, they need to be constantly brought back and re-educated. That’s a lot of overhead.

Sourcing is becoming extremely difficult, especially getting enough “real” product to meet demand at an affordable price. Land use and infrastructure are askew making local food planning paramount to delivery. That’s more external time and cost. Everything is on the block. Perhaps the key is cooperation – how much PCC members will continue to assume responsibility for leadership and education.

We at GoodFood World are members of the PCC. We are trying to do our part to reinforce all the elements of a healthy local good food system for everybody, from local organic growers, clean processors, safe distribution networks, and vital retail and direct marketing outlets.

Yet, we too are on the line financially in a society that at times appears to be going entirely in the wrong direction for the health and welfare of its citizens and the environment. And the concepts of good and real begin to evaporate.

(Editor’s note: we’ve personally visited all of these co-ops and markets.)

Food Co-ops Grow Up: No Longer All Crunchy Granola and Birkenstocks

Cooperatives: the Business Model of the Future

By Land or By Sea: Port Townsend Food Co-op

Skagit Valley Food Co-op: Not Too Small, Not Too Big, Just Right

2 thoughts on “Beating Whole Foods at Its Own Game”