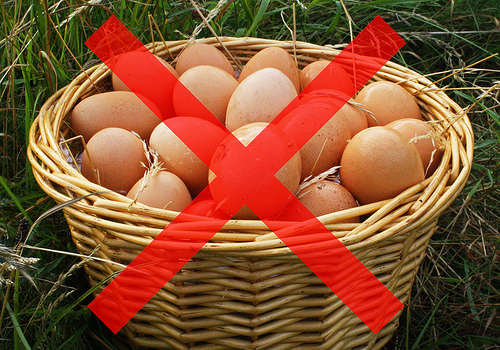 The first Federal Food, Drug and Cosmetic Act – the goal of which was to protect the public by preventing “deleterious, adulterated, or misbranded articles from entering interstate commerce” – was passed way back in 1938. The Act also describes a food product as “adulterated” if the food was”prepared, packed, or held under unsanitary conditions where it may have become contaminated with filth or in some other way rendered injurious to health.

Food is also considered adulterated if it contains any poisonous or deleterious substance that may make it injurious to health. Similar laws deal with the meat side of the equation over at USDA/FSIS.

It is illegal to “adulterate” food products. The Act set up civil and criminal liability for those who do.

So what happened? Why aren’t we seeing the courts and prisons filling up with the guilty parties in the recent outbreaks of food borne illnesses? 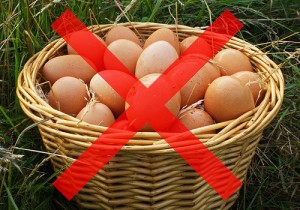 The sheer mind-boggling size of the recalls involved in the last few years reflect the vast reach and interconnections of the industrial food system. The bagged spinach, cartons of eggs, and ground beef and turkey were each processed and distributed from a single – or at most – two plants.

These products were sent across the country to be sold to consumers who expect their food to be safe. It wasn’t. Yet, none of the executives from any of these companies was held responsible, and some could be considered repeat offenders.

What we are seeing is a systemic problem; a lack of prosecution by the government agencies charged with our food safety. Agencies that are lobbied with millions of dollars from Big Ag and Big Food, and even lead by executives from those same industries.

We are long overdue for a good housecleaning!

Bill Marler, Marler Clark, tenacious (and outspoken) food safety attorney, says that for some of the serious outbreaks over the last few years, “I would have sought fines and jail time for the executives responsible for food safety.”

Here is just a short list of outbreaks and recalls, the companies responsible, and the “adulterant” involved. Read Marler’s Publisher’s Platform at Food Safety News for all the details.

Chi-Chi’s Restaurant; over 650 cases of hepatitis A; 9,000 treated to prevent infection; traced to green onions from Mexico.

Peanut Corporation of America; at least 714 people confirmed ill with Salmonella Typhimurium infection; recalled over 3,600 products made with peanut butter and peanut paste. A Congressional hearing revealed that the owner of PCA was aware that peanut product was testing positive for Salmonella before shipment.

These are just some of the more recent cases, read the details at Food Safety News.