(Editor’s Note: This week we welcome a new contributor to our team: George Hall. George recently retired from the State of Wisconsin Department of Administration where he served as planner and managed a number of land use related activities. For six years George was the treasurer for the Regent Market Co-op (Madison WI), and continues to have an interest in food policy and its relationship to land use. He was GoodFood World’s representative and correspondent in attendance at the Madison conference.)

See a virtual tour of the Congress for New Urbanism Conference – CNY 19 – here.

This is the first of several columns and interviews resulting from a recent 4-day Congress for New Urbanism Conference, otherwise known as CNU 19, held this year in Madison, Wisconsin, home of dairy, bicycles, and wacky politics. How many other states have a quarter of their state senators up for recall or host tractor protest rallies around the state capitol, have 6 months of winter, and a burgeoning organic foods industry?

“Growing Local,” was the theme of this year’s CNU conference. Along with nationally renowned architects and economists such as Stefanos Polyzoides and Harvard’s Ed Glaeser, agriculture-related presenters included Vicky Ranney, co-developer of Prairie Crossing in Illinois, a combination residential community and CSA.

Academics such as Dr. Samina Raja, SUNY-Buffalo, who is studying and helping to define critical elements of food systems and regional planners such as Jerry Tinianow, Director of the Center for Energy and the Environment of the Mid-Ohio Regional Planning Commission, who is focusing on the challenges of “not only producing food, but also aggregating, processing, storing, distributing, selling” and consumption, were speakers.

Several of the acknowledged superstars of the urban agriculture movement such as Will Allen, Mac Arthur Fellow and founder of  Growing Power, Inc. in Milwaukee, and Daniel Carmody, President of Detroit’s Eastern Market, presented too.
.

As one of several special events occurring throughout the conference, there were tours of community gardens including Troy Gardens in Madison, an integrated community including a CSA, a community garden serving the surrounding neighborhood, and a co-housing development, all on land acquired and owned by a land trust.

On the last day of the conference, US. Congress Rep. Earl Blumenauer (Democrat, Oregon) addressed the more than 1100 attendees, suggesting that US agriculture is indeed at an exciting crossroads, acknowledging that even Tea Party members and Liberals agree that US ag policy and funding priorities need re-direction.  After four packed conference days, the collective enthusiasm generated by these knowledgeable folks was very palpable.

Originating as an aesthetic discussion some two decades ago for how urban places could be organized, look and function, new urbanism, as evidenced by presentations at this conference, has matured to include a significant focus on quality of life and economic issues associated with the need to reinvigorate/reinvent present-day urban form and structure.  Throughout the conference, architect Andrés Duany, one of the co-founders of CNU as well as a principal involved in starting the first “new urbanism” community of Sea Side in Florida, repeatedly challenged attendees with comments such as:  The US is now back in 1875 when money was dear and land was cheap, and much physical activity occurred without loans or subsidies, including community models that we still rely upon today.

Rather than building buildings on greenfield sites and retrofitting neighborhoods to LEED “platinum” standards, we need a LEED “brown” standard exemplifying “slow-green” and low-tech cost-effective solutions, including environmental standards that actually work, relate well to the neighborhood of which they are apart, and are less costly to implement.

Duany’s message is to adapt locally rather than try to mitigate our way out of the emerging global food crisis. He says that the time has arrived to practice “agrarian urbanism,” particularly if we are to deal effectively with emerging issues such as food security and ever-rising fuel prices.  Consider that initially cheap fuel prices drove most food processing out of central cities, now the reverse may be necessary.  Occasionally Duany’s sense of humor penetrated the serious discussion: “What’s the easiest way to start a conversation with your neighbor?  Stand with a hoe on your front lawn or terrace, tending your tomato plants;” and “Substitute a front garden for the front porch.”

(Watch as Andrés Duany Explains Agriculture and Urbanism in this video recorded live at CNU 19.) 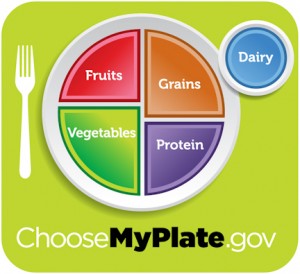 Coincidentally during the conference, the USDA food pyramid disappeared to be replaced by the “healthy plate.” A comment that quickly circulated after back-of-the-envelope calculations by attendees, is that fully half of the plate of food, namely the fruits and vegetables portion, receives only .37% of the billions in USDA food subsidies. That’s right (if the math is right), less than 1% of current food subsidies.  In retrospect, is there possibly something wrong with how our subsidies are calculated and who is receiving them?

Throughout the conference, other statistics emerged, including statements that many metro areas now only produce 3% or less of the food consumed locally, in contrast to WWII-era conditions that saw 30-40% of consumed food grown or raised locally thanks to “victory gardens.” Many presenters thought that increasing local food production to a middle ground of 20% was achievable. Consider that today’s average grocery product clocks 1500 miles in travel distance with accompanying transportation costs before arriving on the grocery store shelf. Another way of looking at this is that for every calorie of food produced, packaged, and shipped, 10 calories of fuel are consumed along the way.

These are only a few of the comments that led many to remark that our current food system is not sustainable, and illustrates why new paradigms are needed. That some sectors of the federal government recognize the need for agricultural and associated housing policy and implementation innovation was indicated by the presence of several US Department of Housing and Urban Development under-secretaries leading discussions about ongoing research and HUD’s current sustainability grants program.

For the first time since the 70s the feds are actively supporting, through federal interagency partnerships, integrated responses to local needs, advocating development of place-based strategies intended to assist communities in distress.  Jerry Tinianow’s Weinland Park “agrarian urbanist” project in Columbus, Ohio, is but one example of a HUD sustainability grant-enabled project currently in progress around the US.

There is no way to summarize such an intensive and sustained 4-day dialogue, except to pull out some of the more interesting parts and let the parties speak for themselves in future columns. Over the coming months, I hope to provide interviews with Jonathan Barry, former Wisconsin legislator and Dane County Executive who, as a long-time beef farmer from the Town of Primrose, started the Saturday Dane County Farmers Market on the Square in the early 1970’s, now the largest community market in the US; Jack Kloppenburg, a Professor in the University of Wisconsin-Madison Department of Community and Environmental Sociology who is the co-director for the UW-Madison Program on Agricultural technology Studies and director for the Center for Integrated Agricultural Systems; and principals at Troy Gardens, Prairie Crossing and the Community of Bishops Bay – all three of which are examples of different types of real estate development projects where community agriculture, viable CSA’s, and different forms of land and housing tenure are an integral part of the mix.

Kudos to CNU for offering an amazing array of cutting-edge presenters that drew attendees from around the US and several foreign countries. This was clearly one of the better ways to educate and communicate a serious message to architects, urban planners, developers, and interested citizens who shape emerging land development policies and patterns across the US.

For more information, go to CNU’s roundup of the event.