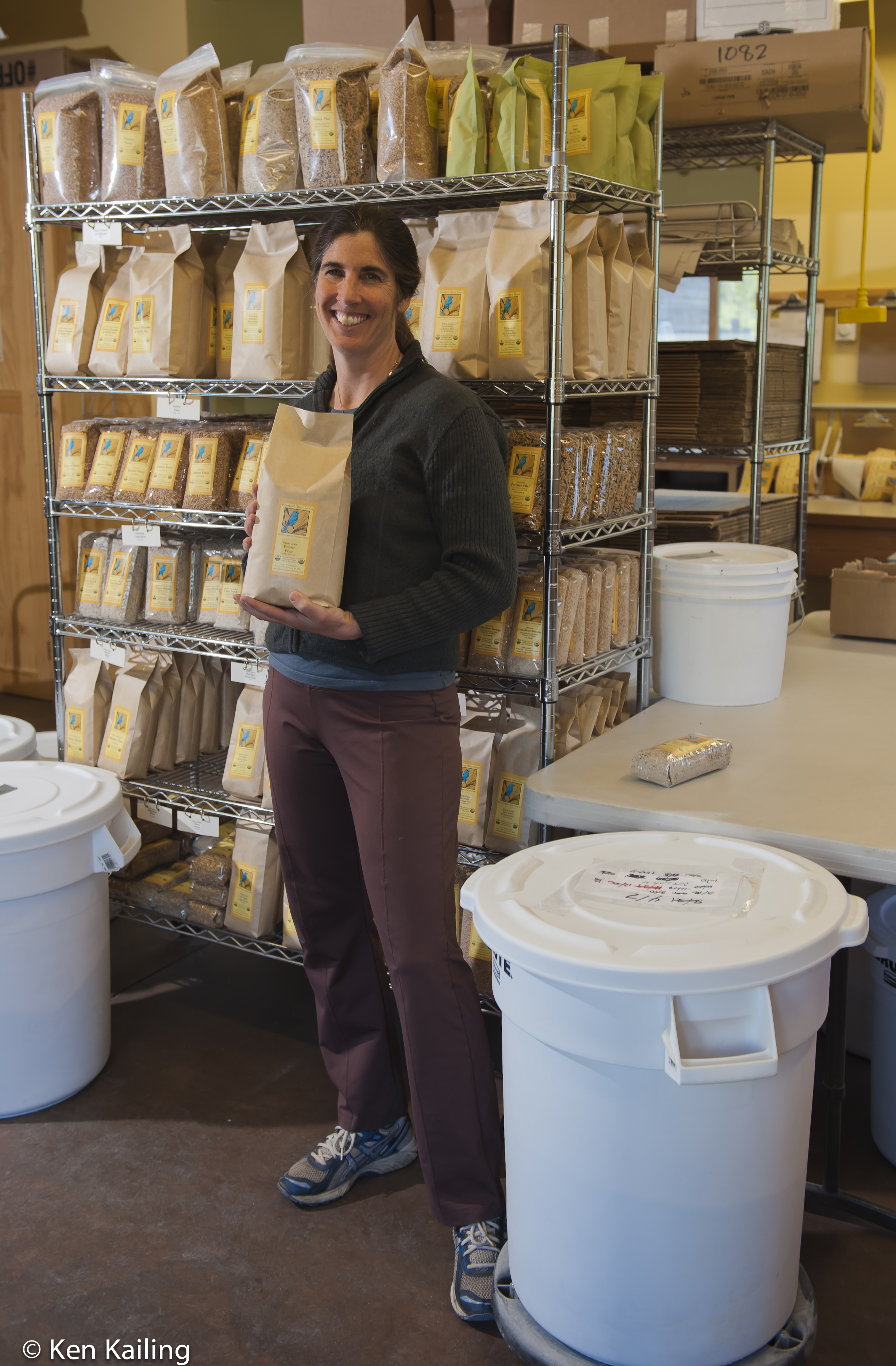 (Click here for a virtual tour of Bluebird Grain Farms.)

Sam Lucy, grain farmer and land conservationist in the Methow Valley of north central Washington, is a one-man search and rescue team for farmland. He has spent the last 15 years seeking out and reclaiming fallow farmland and bringing it back to viable production or transitioning it into native grasses and other plants.

One would not expect land in the Methow Valley, which is rapidly becoming a premium area for second homes belonging to Puget Sound residents, to be abandoned. In fact, as more and more vacation and retirement homes are built, the land is going at a premium. Unfortunately, development is causing useful farm acreage to be fragmented.

Landowners and other groups interested in land preservation have organized to protect agricultural land in the valley and place it into agricultural easements to prevent future development. 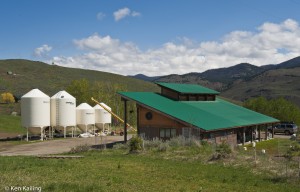 For Sam to bring acreage back into production, the crops require water for irrigation. When land has lain fallow for years – decades sometimes – and has not been actively farmed, the water rights may have been forfeited or transferred. He has found it frustrating to identify land that he would happily lease and not be able to bring in the needed water. For example, a recent contract Sam had with the State of Washington lapsed because no agreement could be reached on water rights.

As a first step to bring land back into production or to transition to native plants, Lucy uses grasses – most grains are grasses – to improve the soil. His farming practices include green manures, crop rotation, and the application of live microbe and enzyme soil conditioners. Sam experimented with ancient “landrace” grains like emmer (Triticum dicoccum) as cover crops. Emmer gives good yields on poor soils and is resistant to diseases like stem rust, which can be prevalent in wet areas.

Today, Sam leases and farms about 200 acres, half of which is in grain production each year growing hard red and pastry wheat as well as rye and flax. The organic farming practices he uses require crop rotation to preserve soil fertility, and he alternates cereal grains with other grasses and plants like mustard and vetch. The cover crops are plowed back into the soil to return nutrients to replace those taken out by the harvested grains.

Brooke, Sam’s wife, researched emmer’s origins and uses as a food crop and discovered that emmer, einkorn, and barley were three of the so-called Neolithic “founder crops” in the development of agriculture. These cereal grains were first domesticated about 12,000 years ago in the Fertile Crescent region of southwest Asia.

Emmer is one of 40 landrace varieties left in the modern world and it was abandoned for general food production when a hulless variety of durum wheat became widely used. Emmer is a hulled wheat; it has strong husks that enclose the grains and must be removed by pounding or threshing. Modern wheat “shatters” and the hulls fall off the grain without additional processing.

High in protein (16-18%) in comparison to soft wheat (10% protein) and hard wheat (15%), emmer also has the lowest gluten value when compared with commercial wheat and spelt.(1) While emmer has a low gluten content and the gluten structure is different from modern wheat, it is not “gluten-free” and should be consumed with care by those who are gluten intolerant or have gluten allergies. 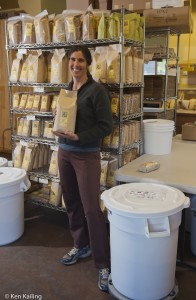 At Bluebird Grain Farms, the Lucys not only plant and grow organic grain; they reap, thresh, mill, package, market, and sell it. Brooke has developed an entire line of products that incorporate whole grain berries, cracked grains, and fresh milled flour, including breakfast cereals, pilaf, and pancake and biscuit mixes.

It is possible to bake bread entirely with emmer flour, but it takes a skilled hand. Because emmer is sweet and yet does not have particularly strong gluten, the yeast rises quickly and the dough can fall just as fast. Mixing with hard wheat or bread flour will give the bread additional gluten.

Brooke is the marketing wizard behind Bluebird Grain Farms and she not only wholesales her products and sells direct, she has also incorporated the Community Supported Agriculture (CSA) model, better known for the sale of produce. The CSA is a monthly delivery, based on a 4-, 6-, or 12-month subscription, and buyers get a standard assortment or those with special wants can customize the shipment. All the products are milled and blended fresh to order and are shipped by UPS or US Postal Service.

Brooke and Sam Lucy are model representatives of a new generation of farmers. Sam is a responsible land conservationist who brings unused farmland back to health and production; Brooke is an educator and teaches consumers how to select and prepare healthy food from the grain he nurtures.

Together they are building a sustainable business inspired by European farms that not only grow, thresh and mill their own grain, but sell it in a small retail shop or bake it into bread right on the farm.